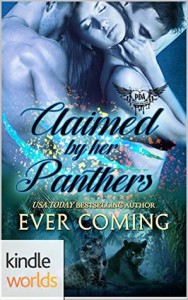 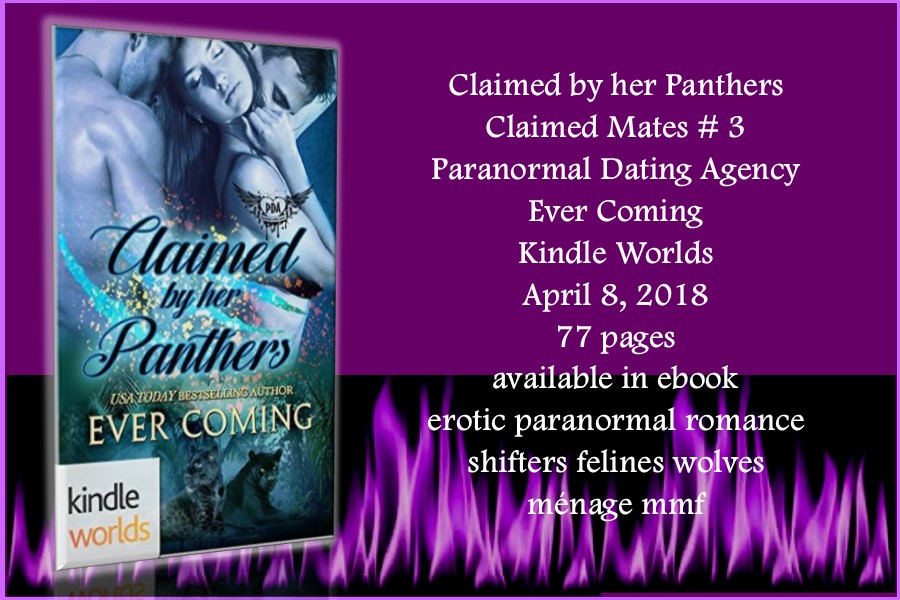 Matilda had a chance at finding a mate—twice. Her wolf was having none of that.

Matilda grew up as a rogue with parents who were less than ideal. As a young woman, she took the modeling world by storm, sharing her plus-sized beauty with the world, but fashion wasn’t her calling—becoming a lawyer was and, if the rumors are accurate, she is about to become a partner in one of the most prestigious law firms in the city. To the outside world, she has everything going for her, but Matilda is lonely—her wolf clamoring for a mate.

No wallflower, Matilda has tried to find her other half. Twice she thought she might have—both times, her wolf disagreed. Daniel and Evan were the ones who got away and while no other men have ever touched her heart the way they did, Matilda knows it is time to move on and contacts the Paranormal Dating Agency where Gerri has not one but two perfect matches waiting for her—or so she promises.

When Matilda said good-bye to Daniel, he wanted nothing more than to beg her to stay. His panther, however, agreed with Matilda’s wolf in that they were not meant to be, so he let her go. A year later Evan dated and was also rejected by Matilda’s wolf. His panther also agreed to move on, even as his heart wanted nothing more than to hold on tight. It isn’t until Gerri sets both men up on dates with their former love that the reason for their animals’ discontent becomes clear—neither of the men was her true mate alone—they were meant to be a triad—a true fated triad.

Claimed by her Panthers is an MMF Dating Agency Shifter second chance romance featuring one curvy lawyer, two hot panthers, and a very bossy wolf who refuses to settle for less than what her human half deserves.

Sexy, hot and sweet perfectly describes this second chance romance that gives Matilda not one but two hunky loves for her ‘happily ever after.’   The story may be short but the romance is sweet and the passion is smoking hot between these strong, captivating characters that sizzles with electricity on every page. The readers are easily drawn into the story as Matilda, Daniel and Evan are brought back together by the wonderful Gerri Wilder and her matchmaking skills.

The author painted vivid images that made it easy for me to become enthralled with the story and get caught up in this sensual and sweet second chance romance.

Claimed By Her Panthers is the 3rd book in the Claimed Mates and is part of the Paranormal Dating Agency Kindle World.

Claimed by Her Panthers is available in ebook at:

Ever Coming can be found at: