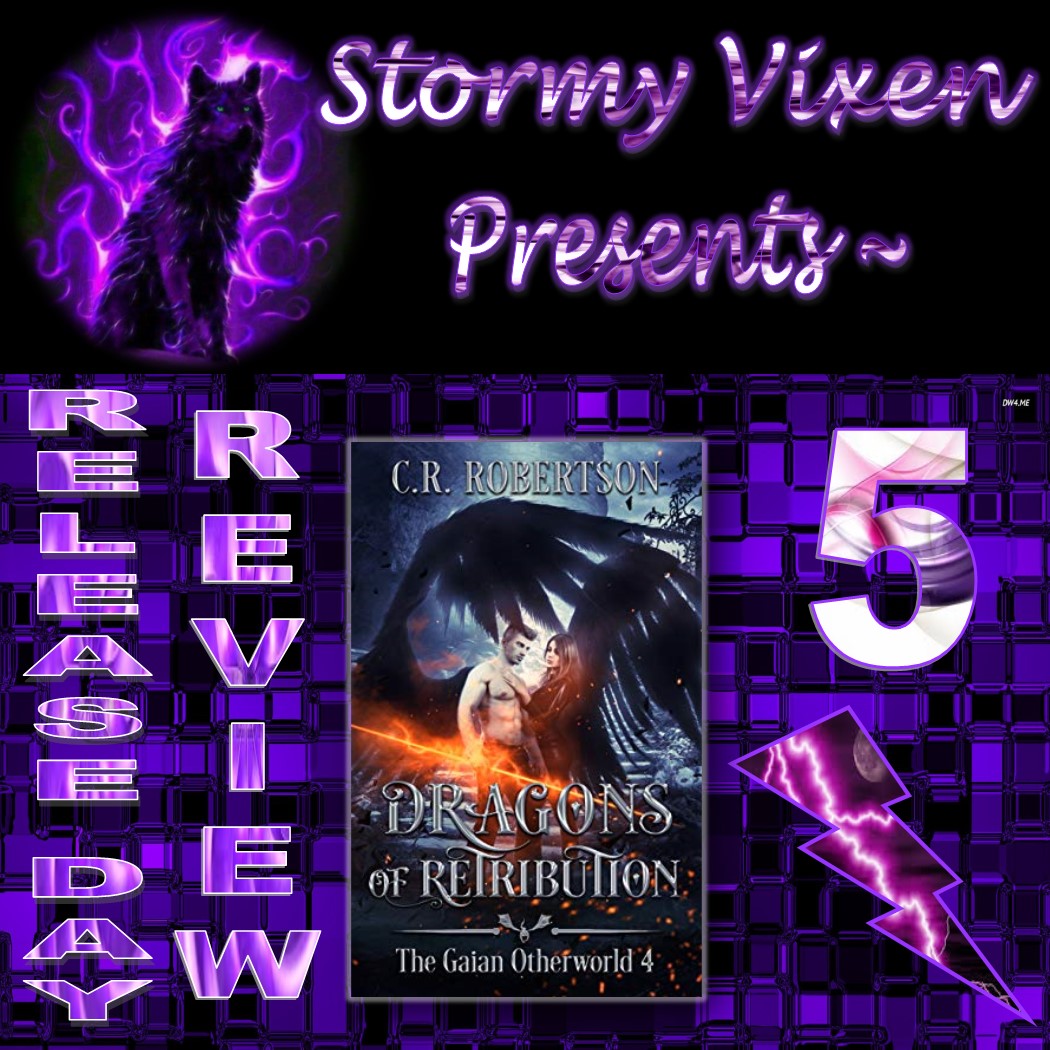 Hello Again Readers! It's time to visit The Gaian Otherworld and get a little retribution! Enjoy and don't forget to add Dragons of Retribution by C.R. Robertson to your shelves! 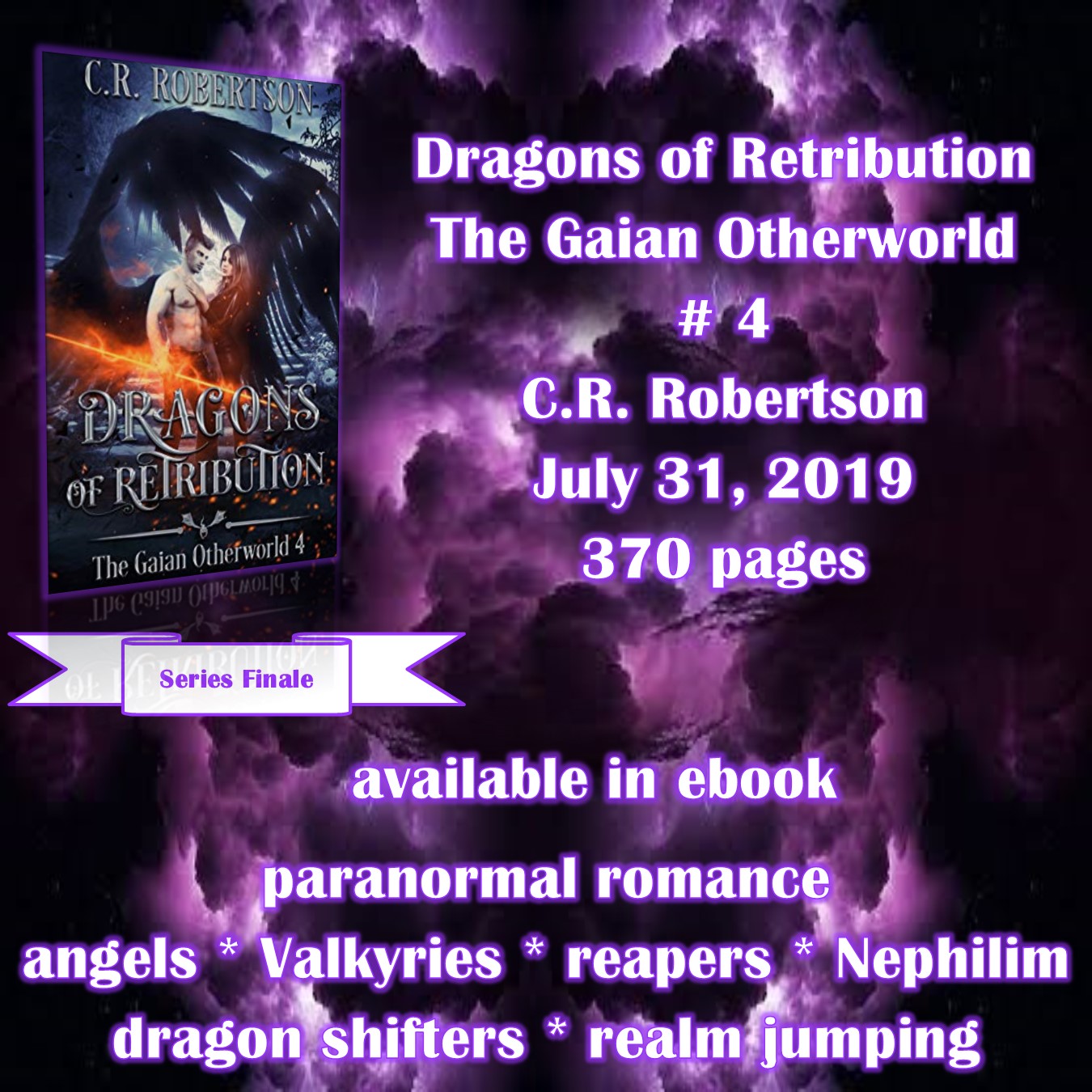 Every story has a beginning, for Saul and Freya it began three hundred years ago.

Now their story must find an ending.

Saul descends from the Angel of Death.

Freya is a Valkyrie lost in hell.

Together their passion threatens to destroy the balance between heaven and hell.

The dragons stand on the verge of war with the krakens, while the demons ready to battle the angels.

The winner claims the Earth and all the souls living on it.

Saul shouldn't exist, but to battle the son of the greatest threat in heaven, an even stronger warrior needs to rise to the challenge.

Trust has to be earned, vengeance needs to be served, but retribution demands a blood sacrifice.

***WARNING*** Includes a deadly hero hellbent on saving his mate, even as he battles the strength of their desire for each other.

Contains a Happy Ever After...

Dragons of Retribution is the fourth and last in The Gaian Otherworld.

It can be read as a stand-alone paranormal romance. 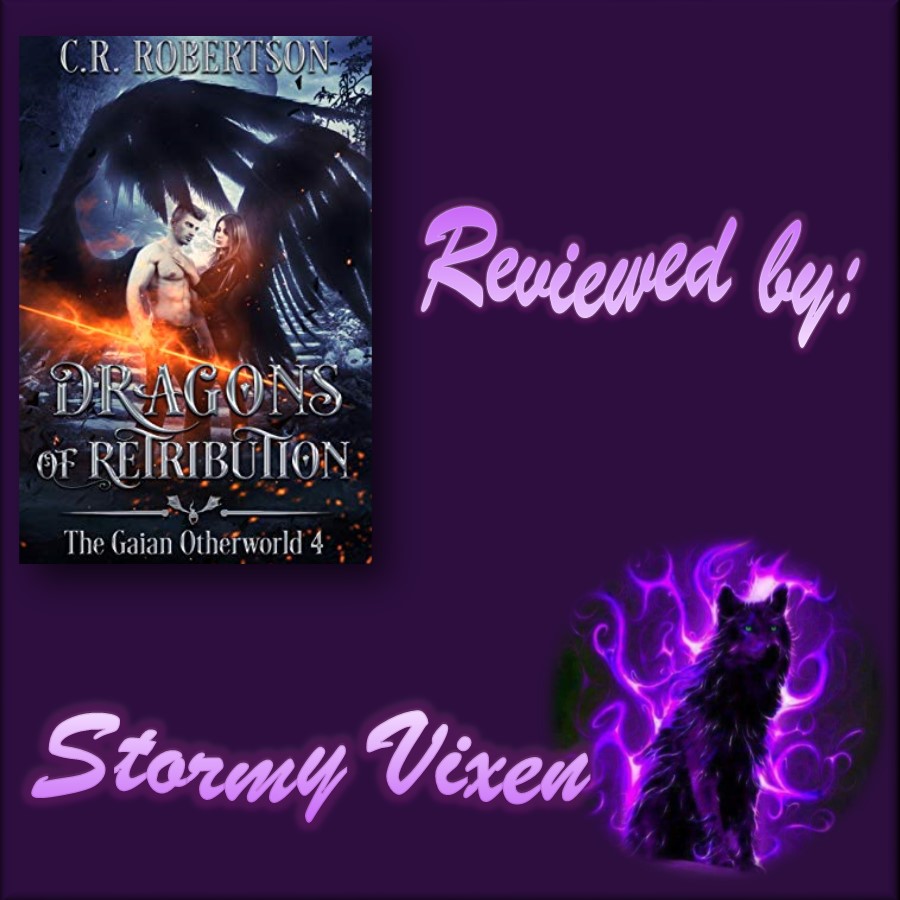 Freya and Saul’s story began three hundred years ago. Saul descends from the Angel of Death and Freya is Valkyrie lost in hell, together their passion threatens to destroy the balance between heaven and hell. Trust has to be earned, vengeance needs to be served, but retribution demands a blood sacrifice. Maybe Saul shouldn’t exist, but with the dragons on the verge of war with the Krakens and the demons ready to battle the angels, a strong warrior is needed to battle the son of the greatest threat in heaven and the winner will claim the Earth and all the souls living on it.

The final book in ‘The Gaian Otherworld’ series is an excellent and exciting experience that calls to readers. As known from the previous books, all of the characters are strong, bold and memorable ones that really grab readers’ attentions and ensure that they want to know everything about them and their stories. Saul and Freya continue that excellent reign with their passionate romance which has been three hundred years in the making. Their relationship certainly has some emotional turmoil and some gnarly conflicts but their chemistry sizzles and has sparks flying right alongside all of the witty quips and snark, which gives readers some chuckles to add to the adrenaline rush.

The plot is fast paced and has some heart pounding and thrilling suspense that keeps readers on the edge of their seat as the good guys pull off some stunning stunts and the bad guys twist some unexpected surprises throughout. Be warned, there is no way to put this book down once readers have started reading it as it holds them hostage with a record breaking romance and a fierce, powerful battle over the Earth and every living soul on it. 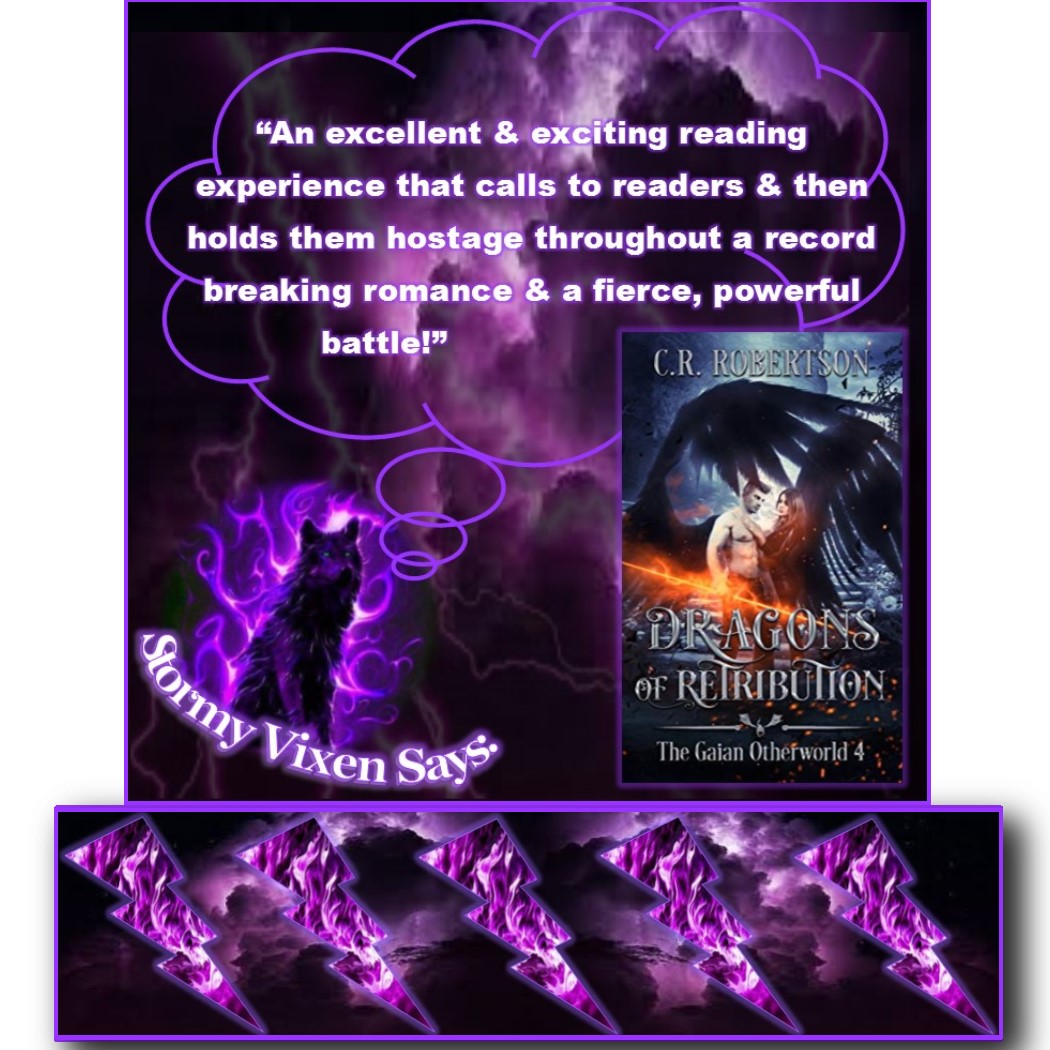 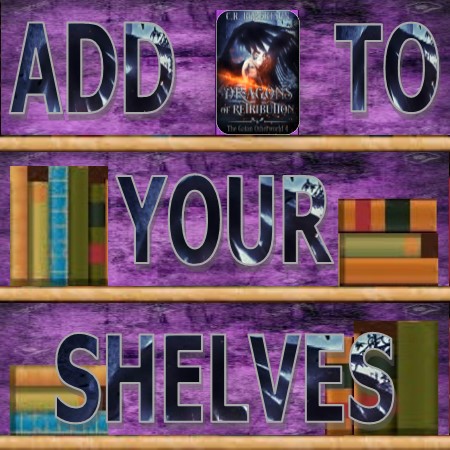 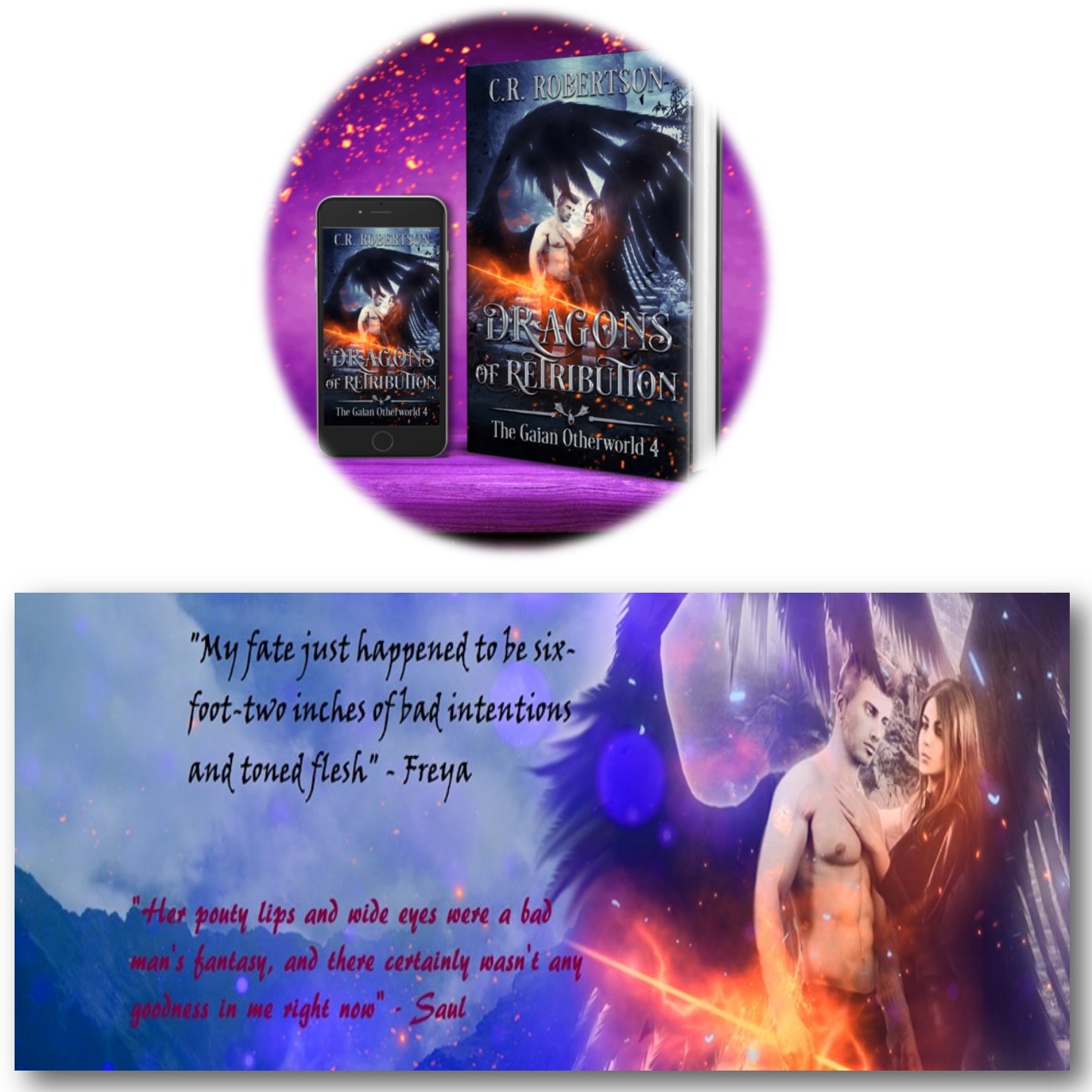 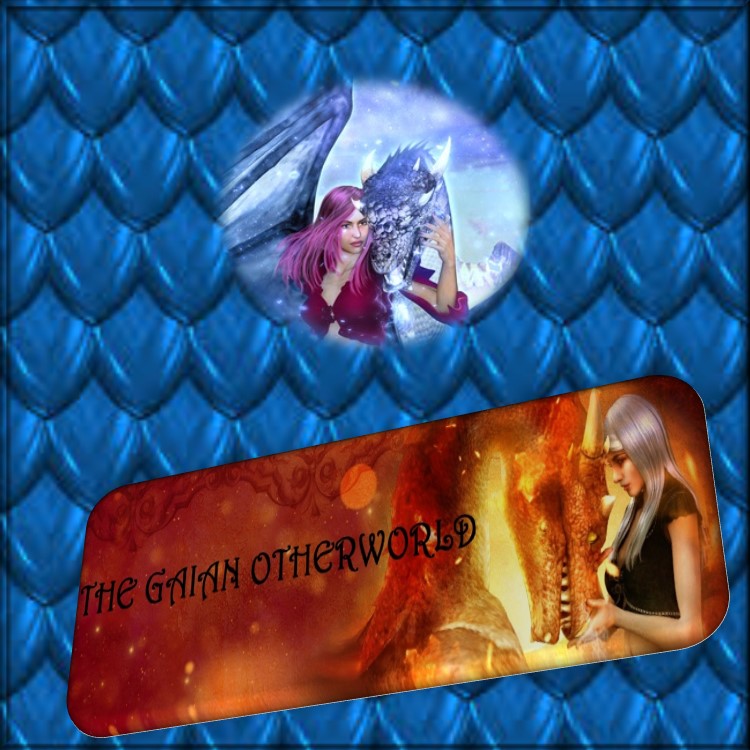 Dragons of Retribution is the 4th & final book of The Gaian Otherworld series.

The Gaian Otherworld is a secret place at the centre of the Earth where the great goddess Gaia rested after she created this world. When the ancient gods left to create more worlds, she left her beloved dragons there to protect the Earth until she returned. 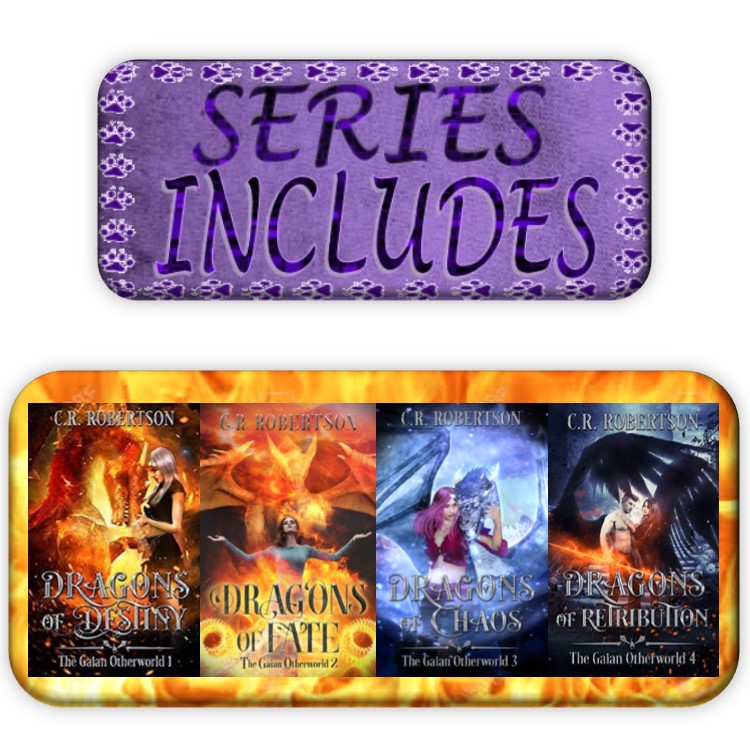 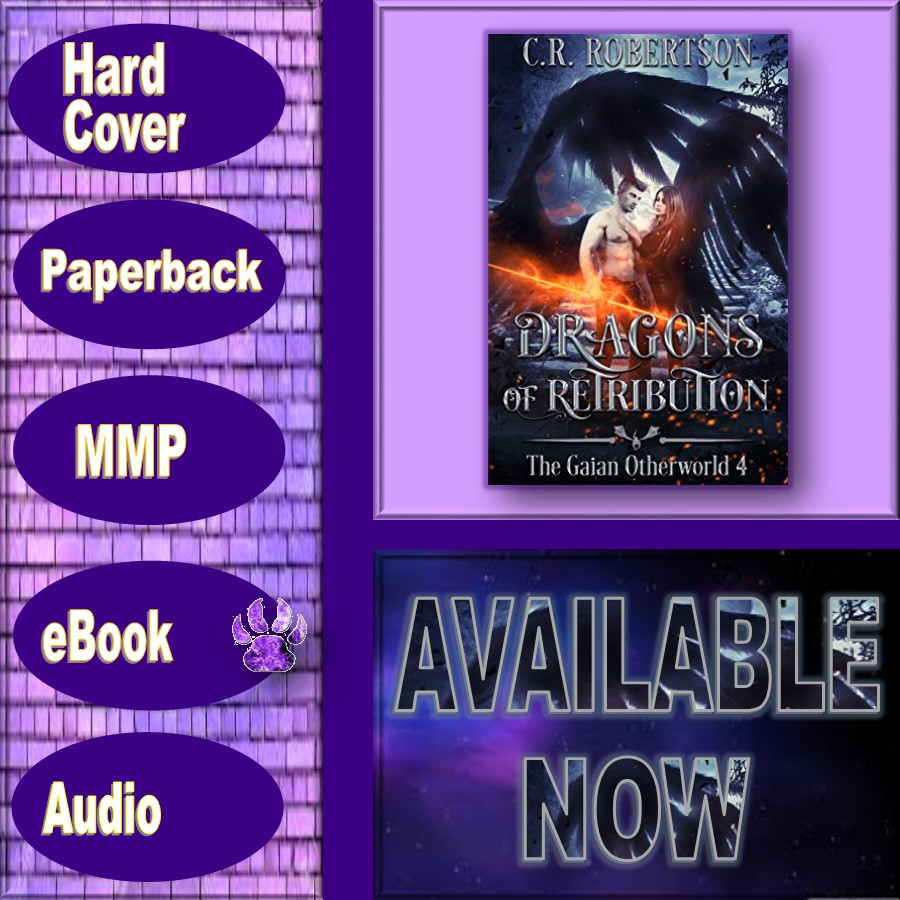 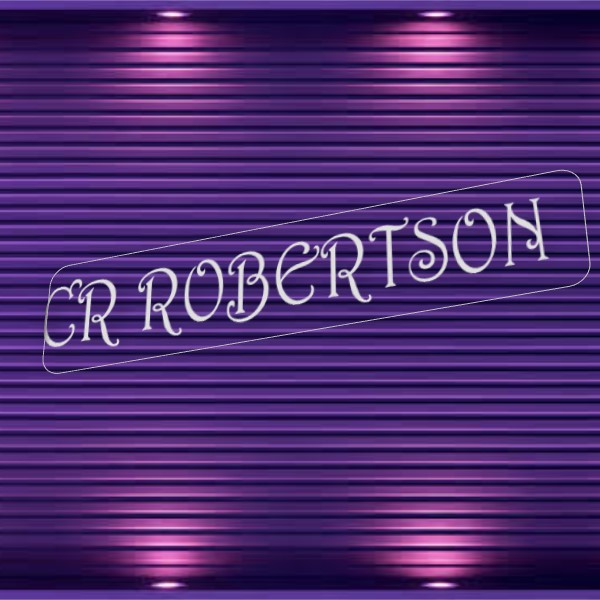 From an early age I have loved faery tales and mythological stories - they welcomed me into their pages while I went on the adventure with the characters, mourning their loss when the book ended and they left my life.

As an author, my characters walk into my life and take over my home until the book is over. They visit often to share more stories that need told, and it is my pleasure to share them. I hope you love my characters as much as I do, they have lived with me for a long time, and I am merely telling their stories about their time in the Otherworld.

I live in a cottage near the sea. I love to write in my beloved faery garden filled with flowers, trees, birds, butterflies, and my favourite bumble bees. The cottage is in a sleepy seaside town where I enjoy walks in the sand with my beloved dog that goes with me everywhere. 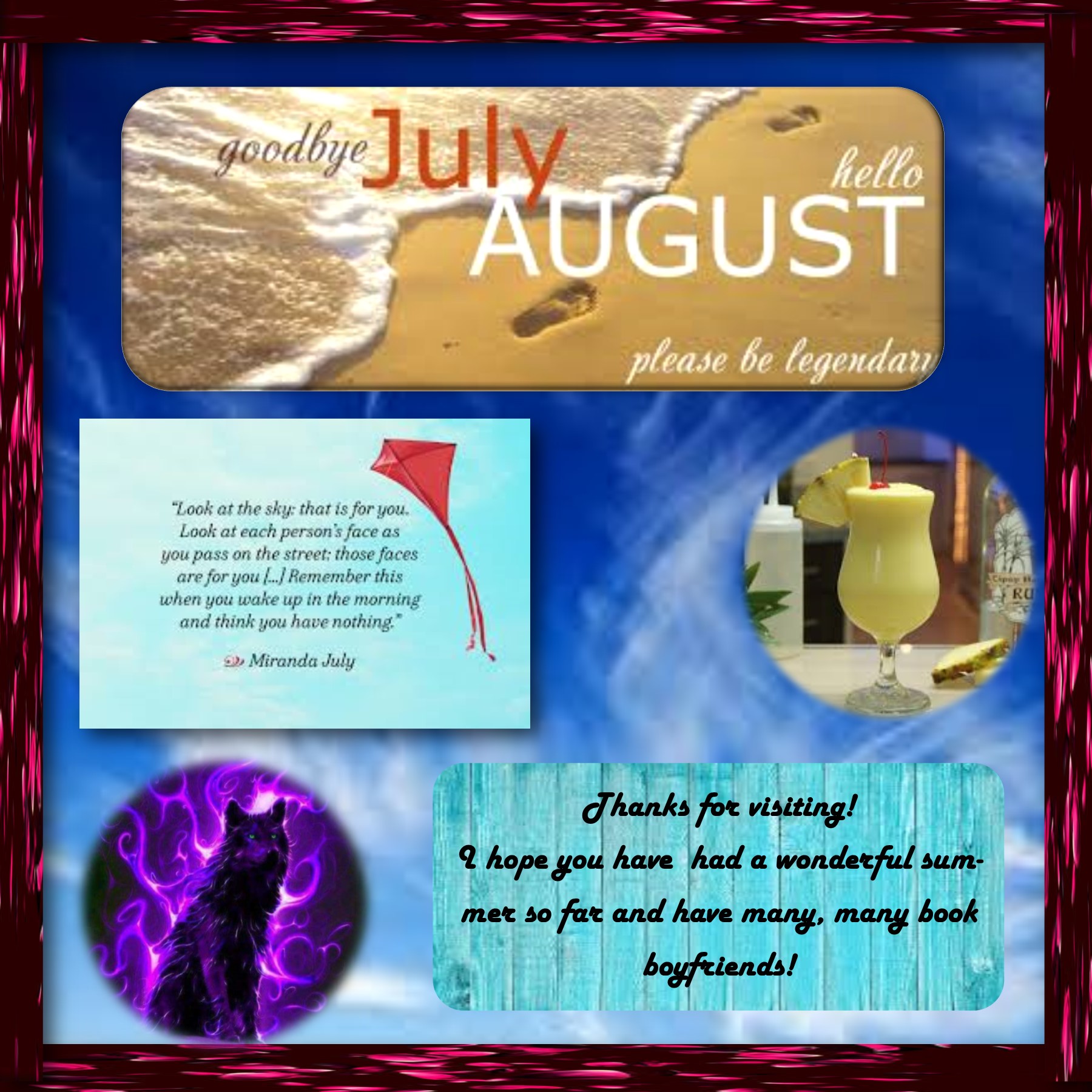