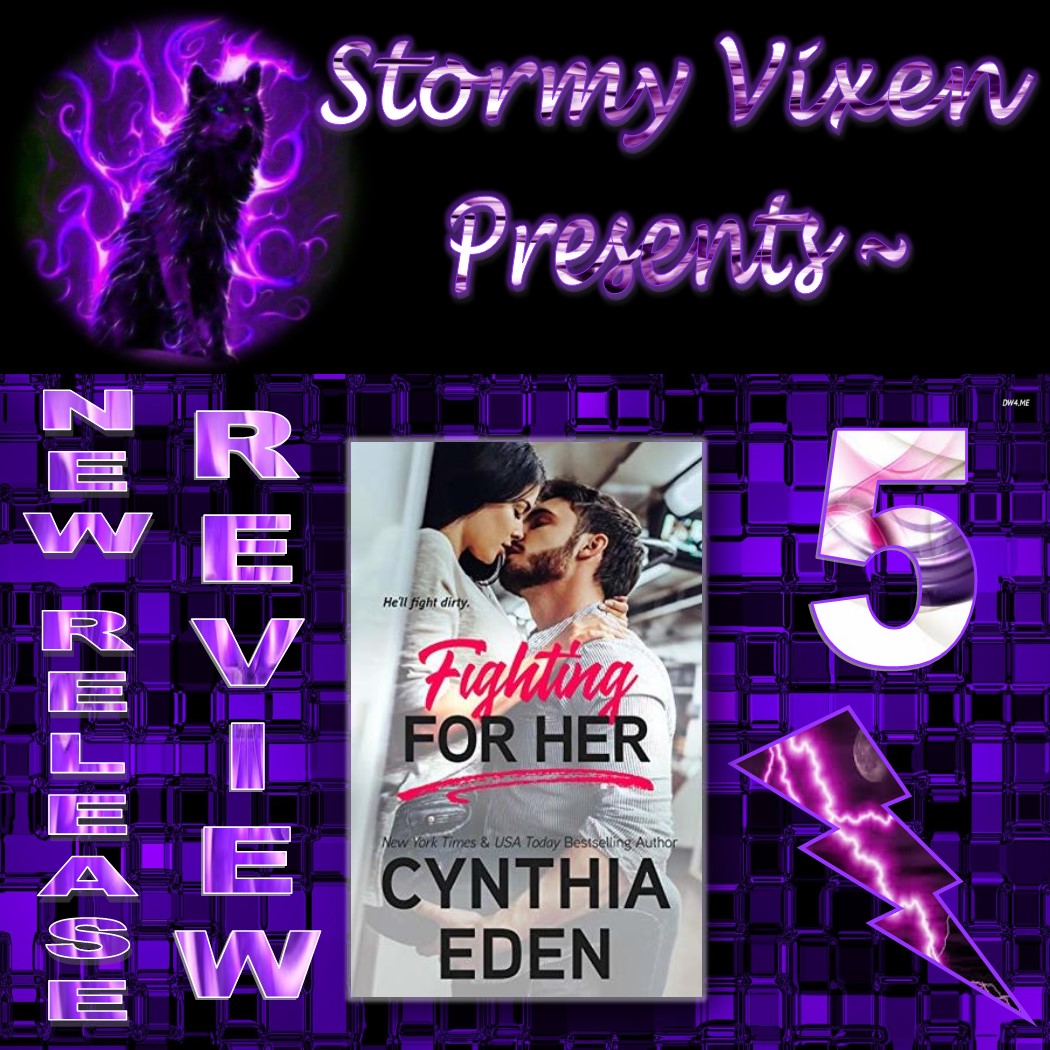 Good Morning, Readers! Today I am headed back to visit Wilde Security where Rick Williams will be protecting and defending a crime princess! Enjoy and don't forget to add Fighting for Her by Cynthia Eden to your shelves! 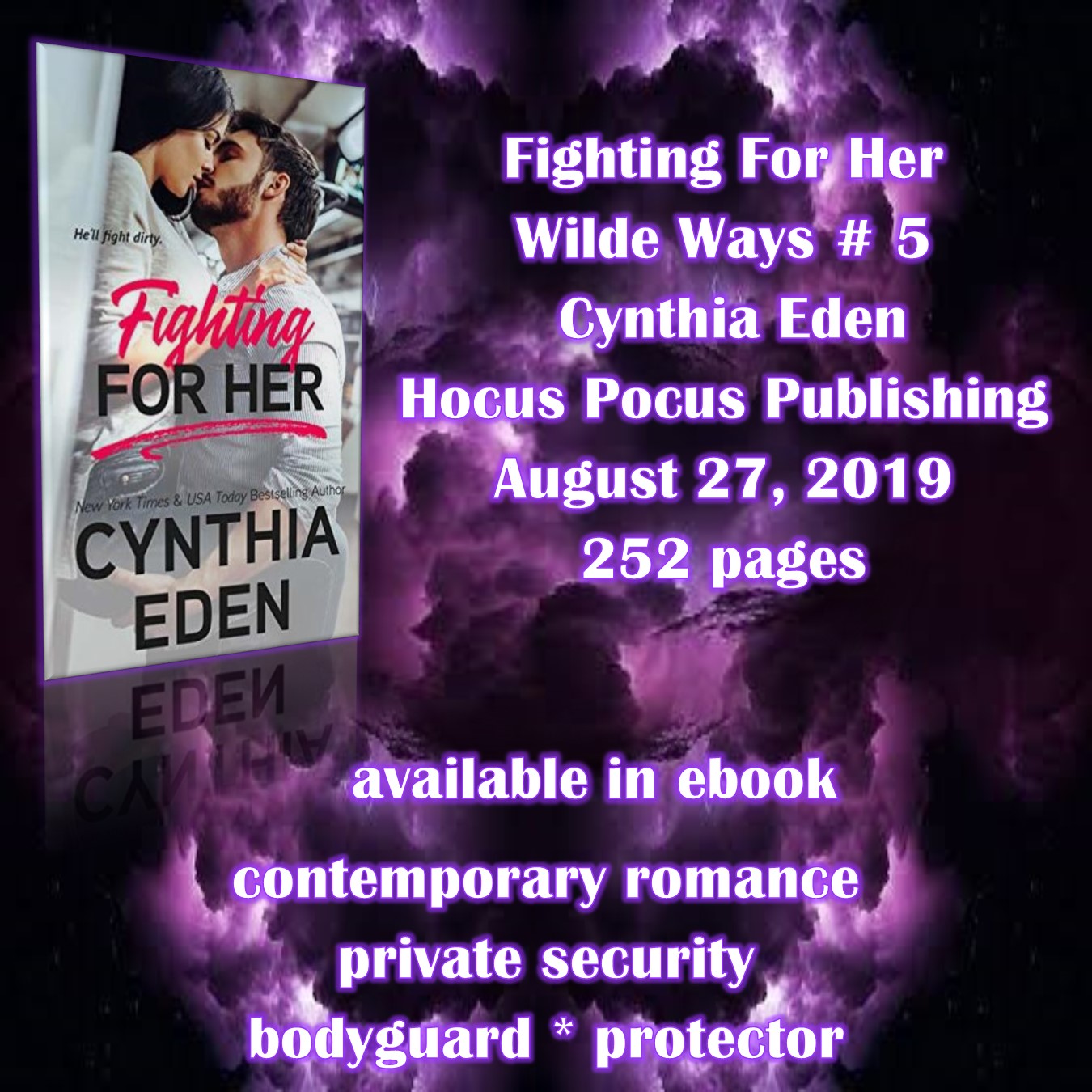 Beauty and the Beast? Nah…this isn’t some sweet fairy tale. FIGHTING FOR HER is about danger, action, and a whole lot of hot romance.

He’s been called a beast…and he likes the title.

Rick Williams is big, bad, and not someone you want to have as an enemy. As an agent with Wilde Securities, his job is to kick butt and take names. Protecting and defending—that’s part of his package deal, but his cases don’t usually involve him protecting someone like her.

A crime princess with a body made for the sweetest sin.

Kathleen O’Shaughnessy is the daughter of an infamous mob boss. Her father made sure that she was locked away from the world so Kat didn’t exactly have easy street growing up. Now that her father is dead, she’s suddenly out on her own—and she’s the target of every enemy that her father made in his very long career.

Keep the princess alive. Keep his hands off her.

The government wants to use Kat as a witness to take down what’s left of her father’s organization. To do that, though, Kat has to stay alive. She’s not big into the whole witness protection scene. Boring guys in cheap suits aren’t her thing. Kat needs protection that’s a bit…Wilder. Good thing Rick is up for the challenge. One look at Kat, and her protection—and her pleasure—are at the top of his to-do list.

It’s not the beast that needs taming. It’s the princess.

There are seven days until the trial. Seven days in which Rick has to keep Kat at his side day and night. It should be an easy enough task…but when the bullets start flying and they have to go on the run, Rick finds out that the protected “princess” isn’t who he thought. Kat is about to wreck his world, and it’s gonna be one heck of a wild battle.

He’ll do whatever it takes…

He’ll fight hard and he’ll fight dirty to keep her alive. And he’ll also fight with every bit of his strength to win Kat’s heart. The beast is falling hard and fast…and his princess holds his battered heart in the palm of her hand.

Author’s Note: Are you up for a twisted and hot take on a wild fairytale? Rick might be a fierce beast, but when the man falls, he falls hard. Prepare for an alpha hero, dangerous fun, hot romance, and some bad guys that are on the scary side. FIGHTING FOR HER is a stand-alone read, no cliff-hangers. 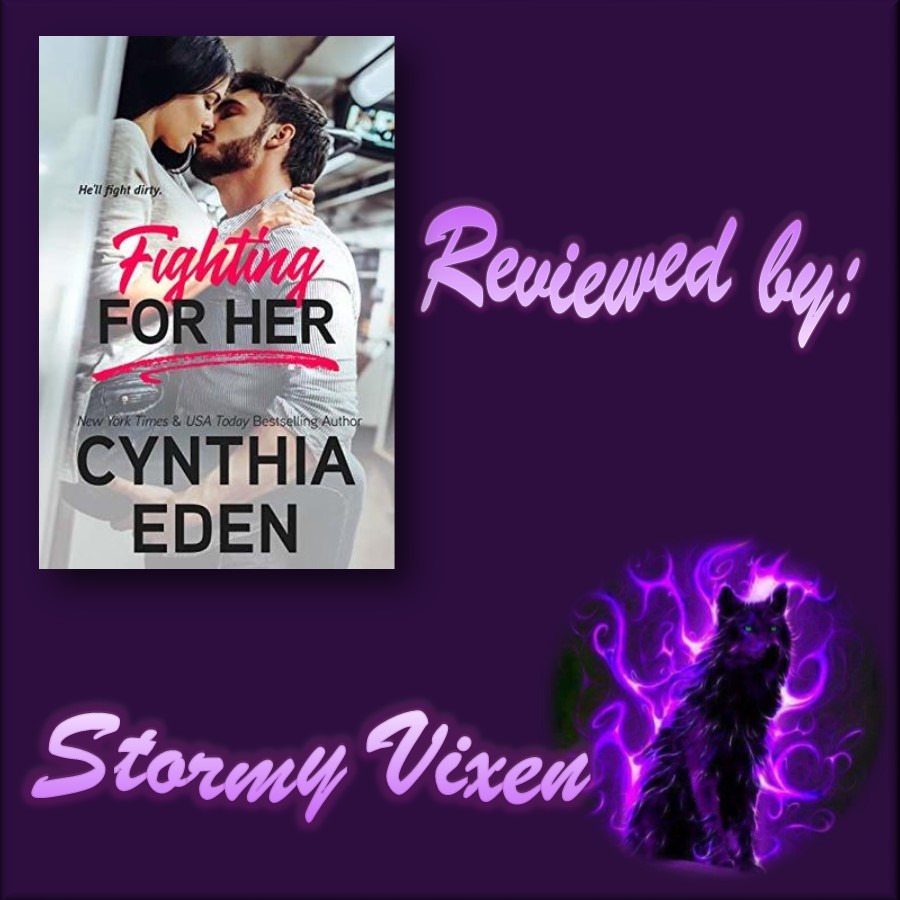 He’s an agent with Wilde Securities, he’s big, bad and not someone you want to have as an enemy, but Rick Williams’ cases don’t usually involve him protecting someone like her. She’s the daughter of an infamous mob boss who make sure she was locked away from the world and now Kathleen O’Shaughnessy is out on her own and the target of every enemy that her father made in his very long career.

It’s obvious from the very first meeting between Rick and Kathleen that they have some serious chemistry going on and that these two strong, bold characters are going delight readers with an enjoyable reading experience. Their romance starts off with sparks flying in every direction as Kathleen proceeds to tell Rick and everyone else that she’s not going to be miss meek and quiet. Delightful, chuckle inducing clashes between these two are spread throughout the story along with steamy passion and emotional turbulence and readers can’t help but feel as if they are part of their story as the Rick does his best to protect the spitfire.

The plot is faced paced and full of thrilling excitement as Rick and Kathleen barely stay one step ahead of the bad guys and the suspense begins to build as it soon becomes obvious that they can’t trust anyone. The danger escalates with lots of hair raising and nail biting events along with some unexpected twists which ensures that readers can’t possibly figure out who exactly wants her dead and who wants her alive and readers definitely don’t want to miss one second of this thrill-a-minute read. 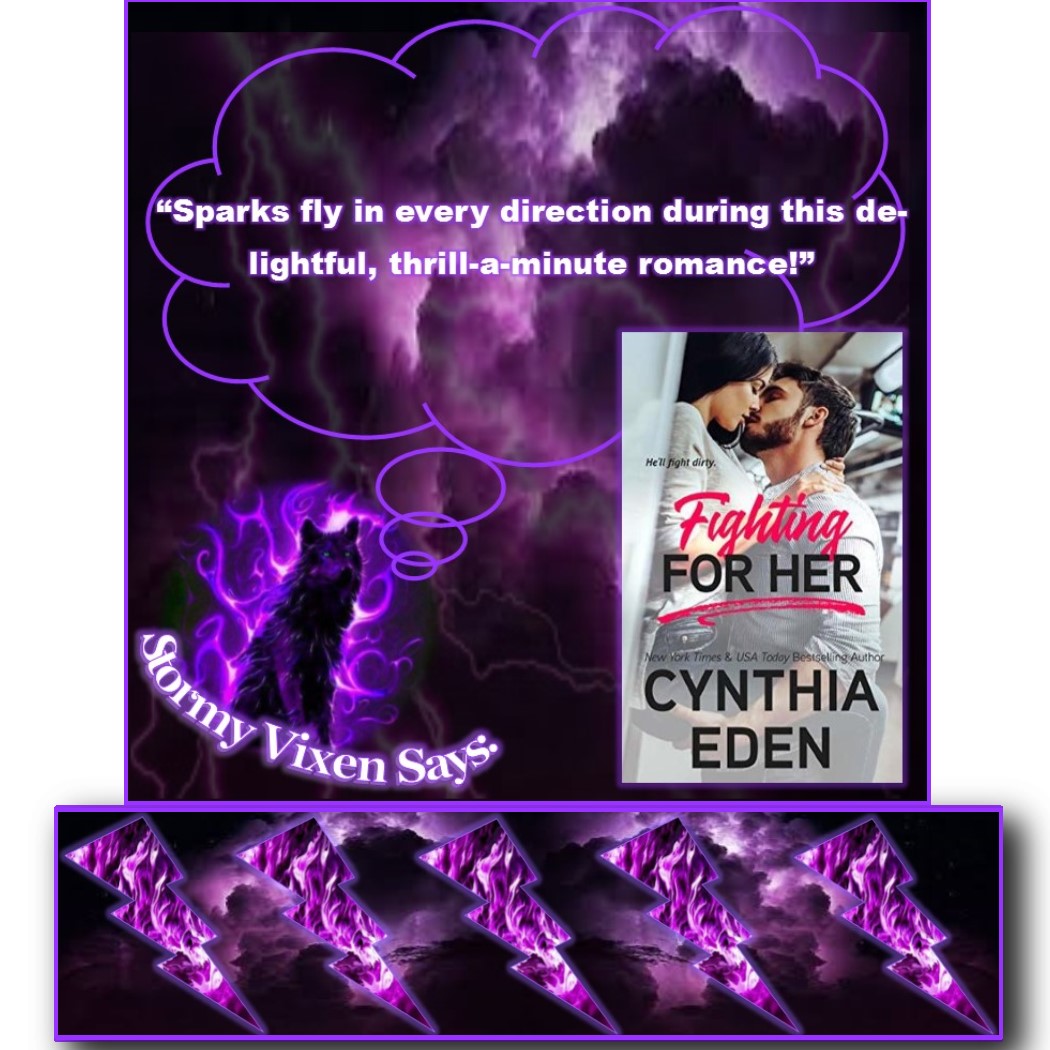 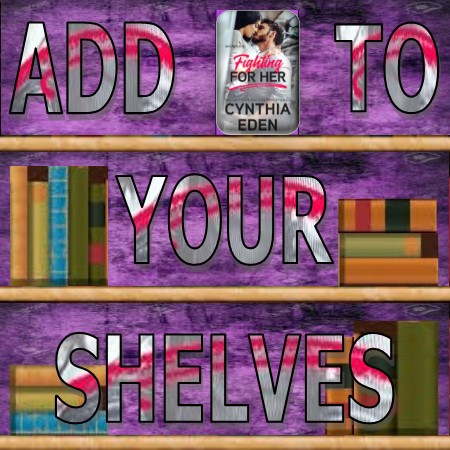 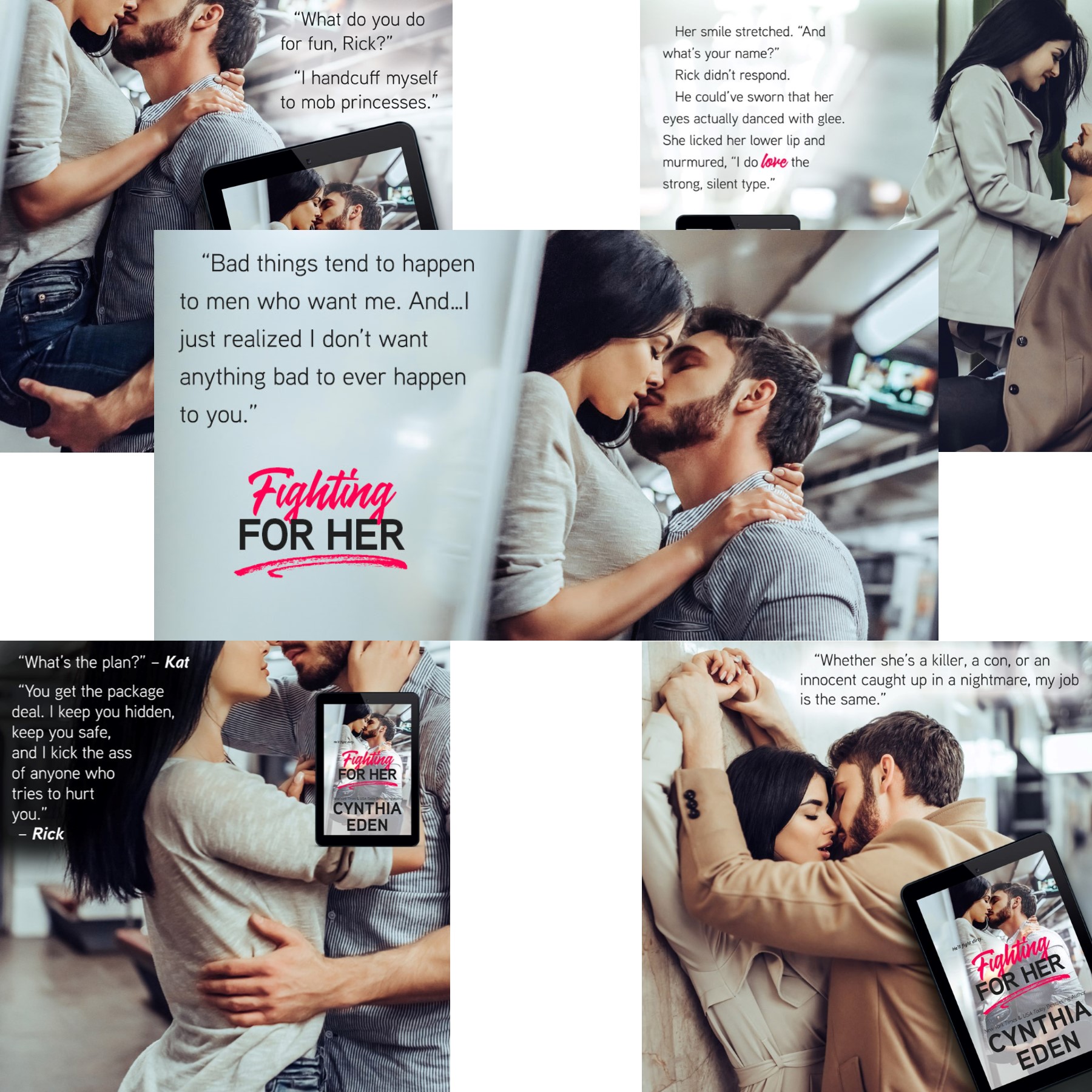 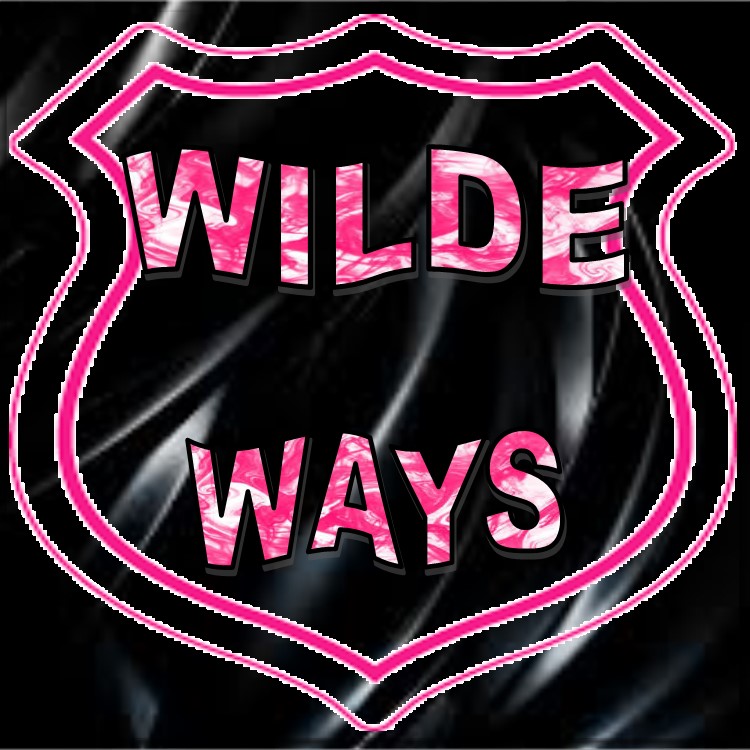 Fighting for Her is the 5th book in the Wilde Ways series!

4 The Heart You Break 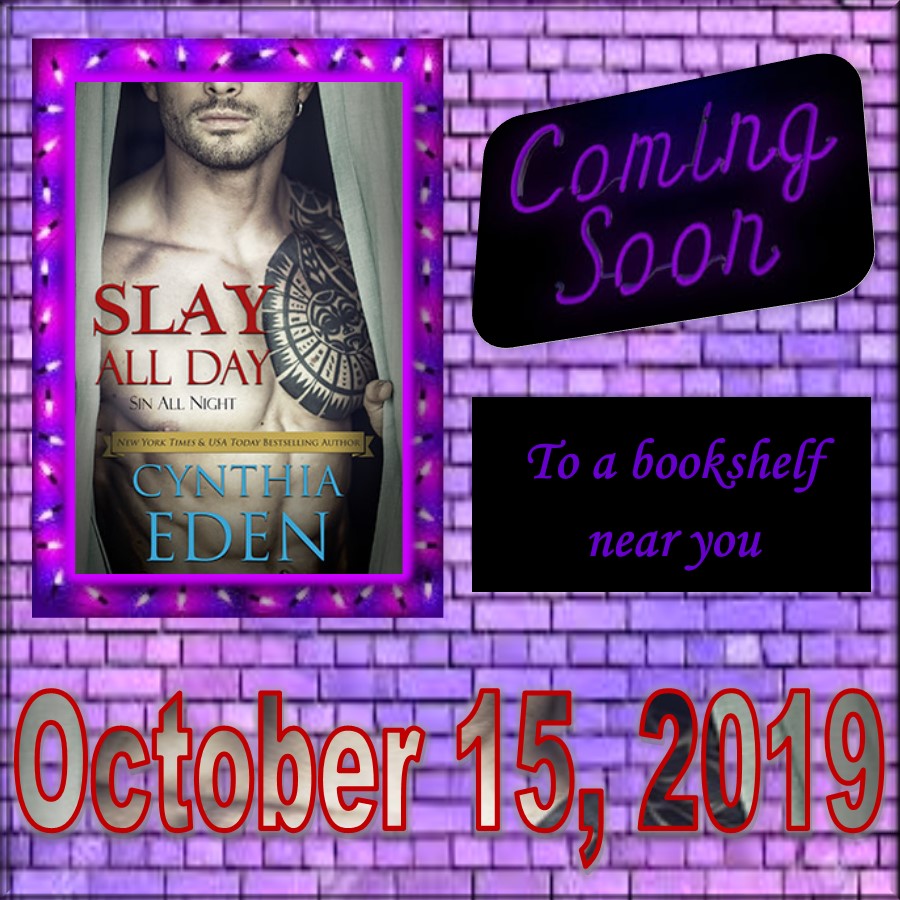 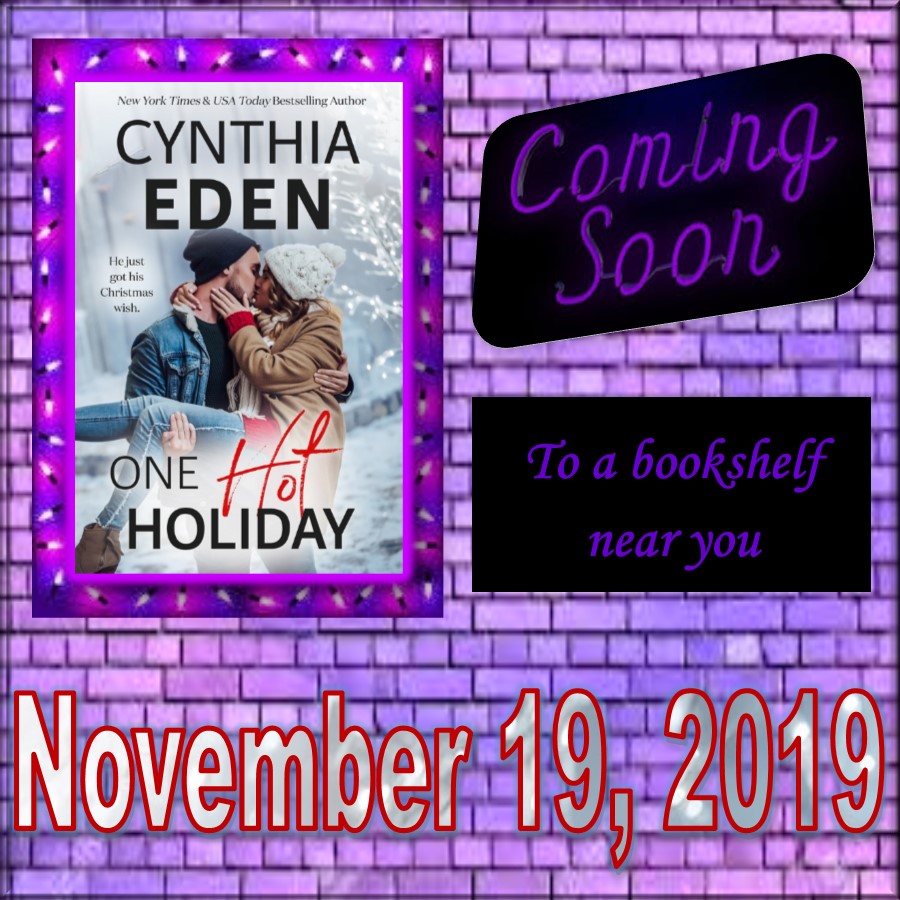 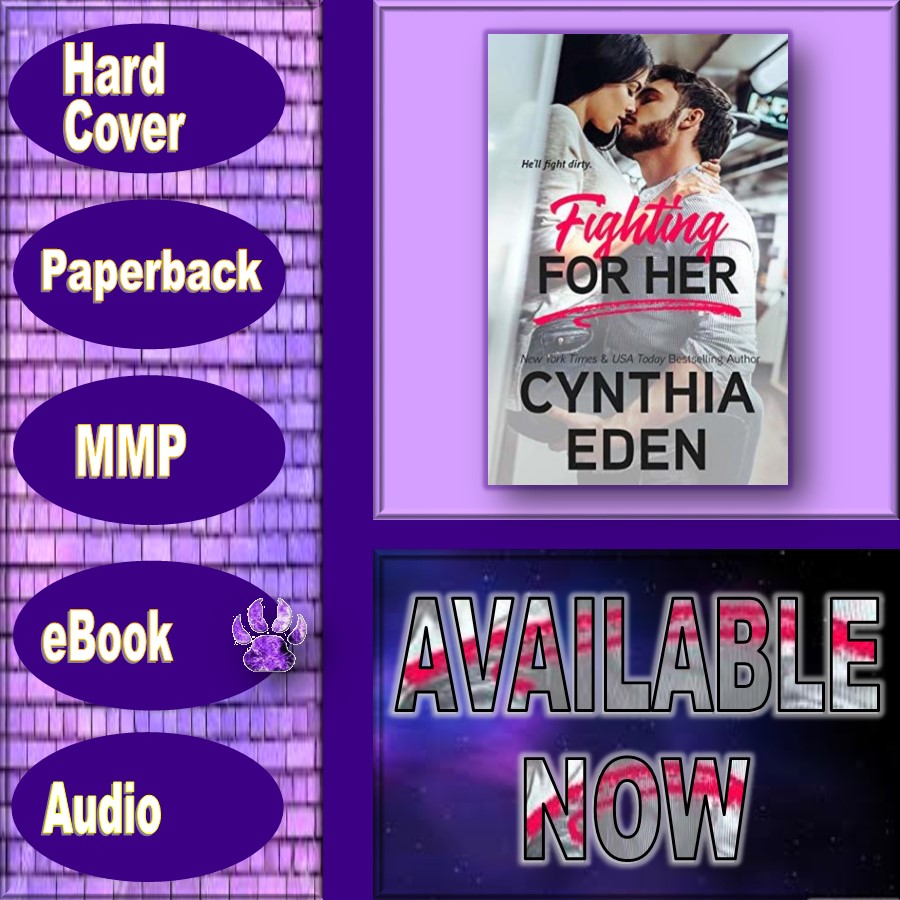 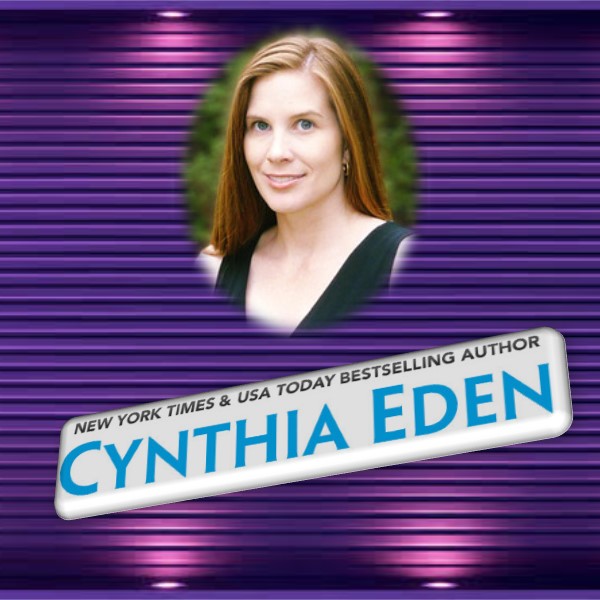 Award-winning author Cynthia Eden writes dark tales of paranormal romance and romantic suspense. She is a New York Times, USA Today, Digital Book World, and IndieReader best-seller.  Cynthia is also a three-time finalist for the prestigious RITA® award . Since she began writing full-time in 2005, Cynthia has written over eighty novels and novellas.

Cynthia is a “hybrid” author. She has published extensively with New York (her New York publishers include Avon, Kensington, Grand Central, and Harlequin), and she has also enjoyed success in her indie writing career.

Cynthia lives along the Alabama Gulf Coast. She loves romance novels, horror movies, and chocolate.  Her favorite hobbies including hiking in the mountains (searching for waterfalls) and spelunking. 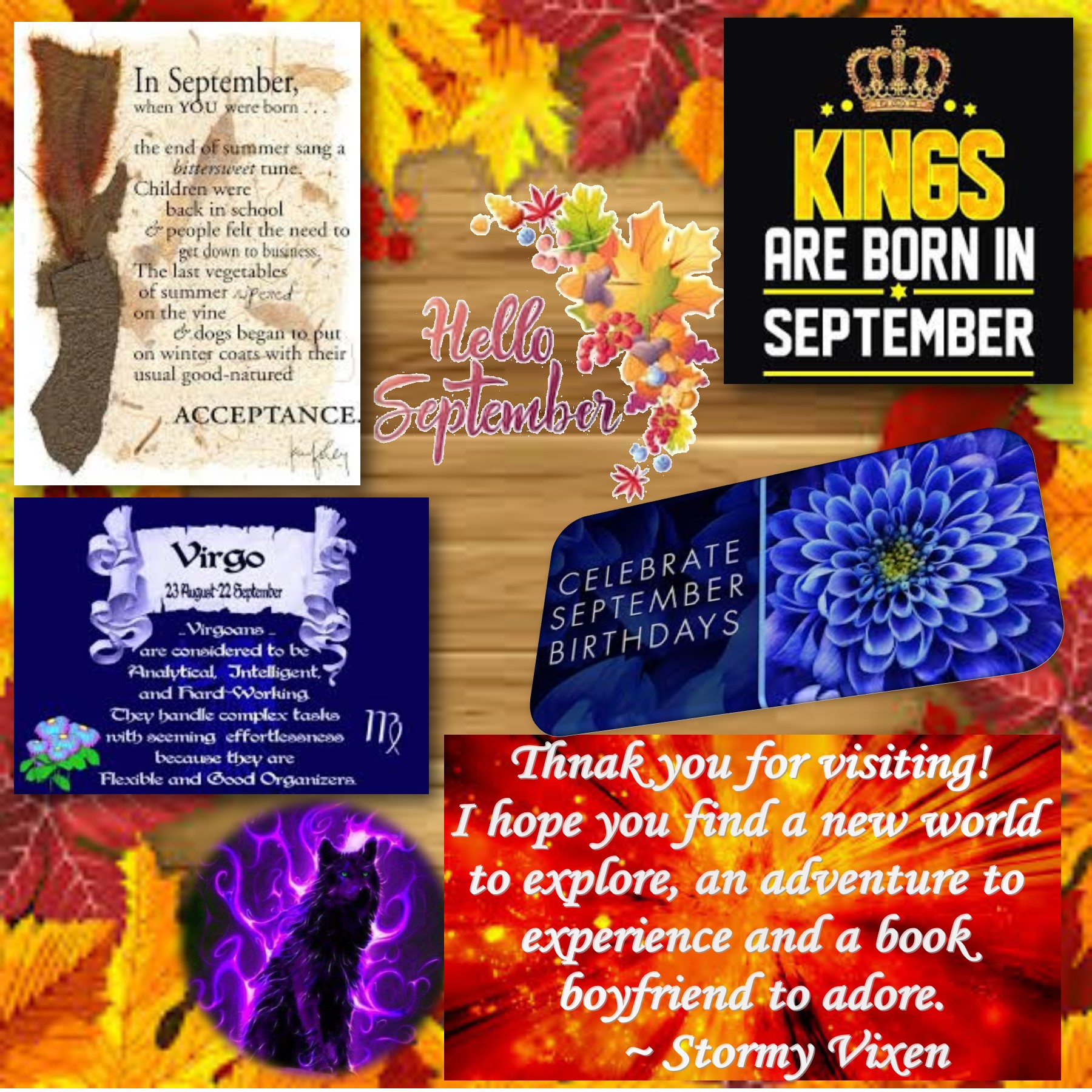