Hello, Readers! Today I am visiting with Ash Evans to find out how this billionaire finds the sexiest way to collect a debt. Enjoy and don't forget to add The Debt by Jackie Ashenden to your shelves! Ruthless billionaire Ash Evans finds the sexiest way to collect on a debt in the first installment in The Billionaire’s Club quartet!

Notoriously ruthless property developer Ash Evans never forgives a debt. And I have two days to convince the former street fighter not to pull his investment in my father’s company. Taking a job as his chauffeur in Paris is the only way to get close enough to ask the bad-tempered billionaire for a favor.

With his sexy tattoo, scars and magnificently cut body, he’s as powerful, sleek and difficult to manage as the sports cars my family designs. And after meeting his electric-blue eyes in the rearview mirror all night, I’m more than happy to rev his engine and take the boss for a ride!

But now Ash thinks I’m just using him to get what I want. And he’ll give me what I need, but there is a price—posing as his girlfriend to help him exact vengeance on his half brother. Pretending to love Ash is the easiest job I’ve ever had…and soon my heart is racing into danger. Will a man so full of anger ever be capable of loving me back? He’s a notoriously ruthless property developer who never forgives a debt. And Ellie Little has two days to convince Ash Evans not to pull his investment in her father’s company. The only way to get close to the bad-tempered billionaire is to pose as his chauffeur but Ash turns the table and soon Ellie is posing as his girlfriend.

The first book in this new billionaire romance series is an emotional, gripping and engaging read that stirs and delights the senses.  The chemistry between these two strong, vivid characters sizzles with an electrical charge that singes readers with the turn of every page, but the relationship between Ellie and Ash has sparks flying and takes a lot of hard work and even that doesn’t guarantee this HEA as the past could derail it forever.

The story is fast paced and full of flying sparks, heated clashes, and super-heated passion that delights readers while the emotional angst that flows from the pages as both the hero and the heroine have some issues to resolve but the hero in this case has some anger issues that threatens the romance even though he’s show his good side. And readers can’t help but become caught up in this romance and lose their hearts as Ash finds the sexiest way possible to collect on a debt and win the heart that he doesn’t know what to do with. The Debt is the 1st book in the multi-author series The Billionaire Club. 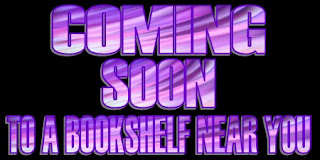 CROWNED AT THE DESERT KINGS COMMAND - Jackie has been writing fiction since she was eleven years old. Mild mannered fantasy/SF/pseudo-literary writer by day, obsessive romance writer by night, she used to balance her writing with the more serious job of librarianship until a chance meeting with another romance writer prompted her to throw off the shackles of her day job and devote herself to the true love of her heart – writing romance. She particularly likes to write dark, emotional stories with alpha heroes who've just got the world to their liking only to have it blown wide apart by their kick-ass heroines.

She lives in Auckland, New Zealand with her husband, the inimitable Dr Jax, two kids, two cats and some guppies (possibly dead guppies by the time you read this). When she's not torturing alpha males and their stroppy heroines, she can be found drinking chocolate martinis, reading anything she can lay her hands on, posting random crap on her blog, or being forced to go mountain biking with her husband.